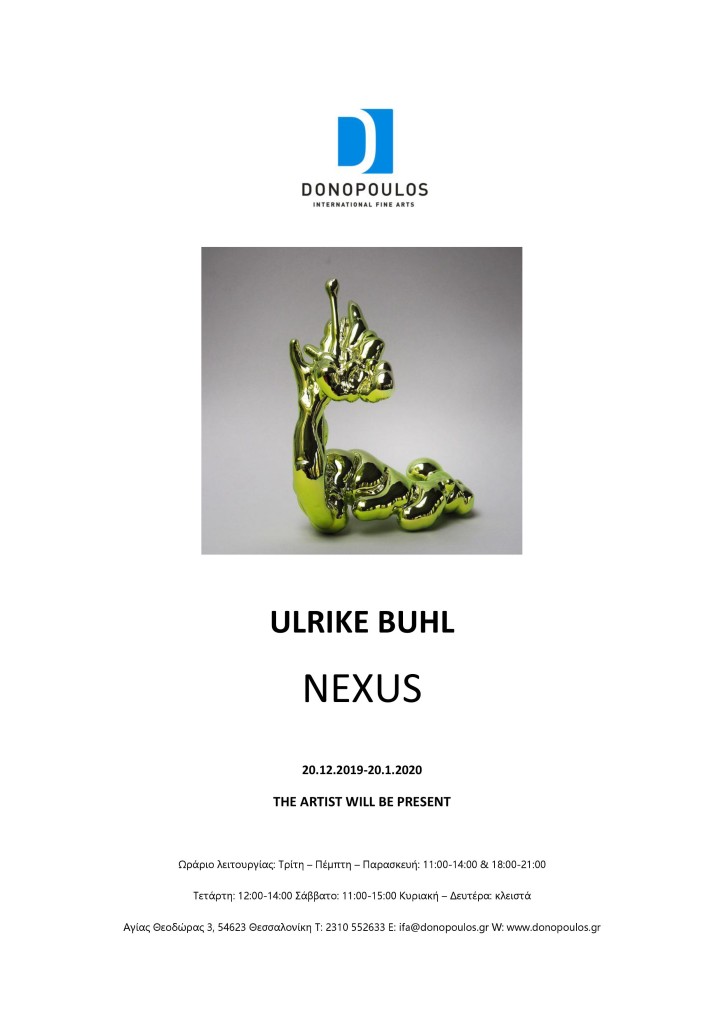 The Mystery of Eternal Genesis and Transformation

A Few Thoughts on the Recent Works of Ulrike Buhl

Panta rhei. According to the teaching of Heraclitus, everything is in a constant state of flux, and nothing remains as it is; there is only eternal genesis and transformation. The same can be said in reference to the idiosyncratic sculptural works of Ulrike Bühl, which are characterized by an organic—or, to be more precise, biomorphic—language of forms. What we are dealing with here are figures and forms that appear to develop autonomously—an orthogenesis of sorts, according to which the sculptures seem to be subjected to a continuous organic development triggered by an inner driving force. This is not a gradual evolutionary development, but rather something that obviously takes place abruptly. One can easily imagine a repeated “Big Bang” en miniature in the artist’s studio—a turbulent maelstrom or perhaps an implosion—which does not lead to destruction, but rather to creation. Yet this process of creation has apparently not yet reached completion.

Instead, we are confronted with a kind of intermediate state, as though the metamorphosis was still in full swing. “Becoming”—much more than “being” —thus plays an outstanding role here. Buhl’s sculptures are still “becoming” and thus represent a constant state of metamorphosis.

This “genesis” gives rise to an internal dynamism—or perhaps vice versa. Nevertheless, Ulrike Buhl’s sculptures are, of course, static and merely give the impression of vibrating or pulsating. They almost appear to be breathing. An ostensibly magical process of formation marked by numerous curves. The circle, the sphere, and other rounded, curving forms imply movement and simultaneously symbolize the endless cycle of nature. Yet whether we are dealing here with a microcosm or a macrocosm remains completely open. Buhl’s sculptures thus occasionally seem like models, both in a literary and figurative sense. Since they are indeed model-like in the sense of an innovative artistic way of dealing with nature and natural phenomena. Buhl’s sculptures are not abstract—they do not find their origins, as one might expect, in nature; they neither illustrate nor distort nature. On the contrary.

They represent a kind of cosmogony—an explanatory model on the genesis and further development of the world—as well as a hypothesis about how nature might appear in the future. A nature that is increasingly and ever-more intensively manipulated, altered, and determined by humankind.

Dynamism is also evoked through Buhl’s use of “effect lacquer,” which creates a strange optical illusion (it is certainly no coincidence that effect lacquer is used primarily in the automobile industry, where speed and dynamism often play a significant role, and where the future is far more important than the present). The shimmering, glittering surfaces reflect light, as well as the surrounding environment. For the viewer, the coloring appears to constantly change according to his or her own standpoint. As a result of this special lacquer, the biomorphic forms appear to be in a state of flux, i.e. constant change. Paradoxically, the effect lacquer also disassociates Buhl’s works from the realm of the organic, since—although this light-color effect occasionally appears in nature (such as with particular species of butterflies and beetles, as well as with some species of exotic fish)—the shimmering metallic coloration in conjunction with the forms of the sculptures evoke associations to the world of high technology and science fiction. If they are indeed of this earth, then we are dealing with a future earth, which does not yet exist as such. It thus also finds itself in a perpetual state of “becoming.”

At times, the glittering surfaces of Ulrike Buhl’s sculptures appear fragile—if the surfaces did not appear so fluid, one might almost think they were brittle. Through this “imperfection” in the otherwise so perfect surfaces, the process-like character of her works is further enhanced. Fissures, cracks, and gaps can perhaps be understood as testimonies to an as yet incomplete metamorphosis of these artificial beings. As though they were perhaps about to shed their skin. They appear to virtually burst out of themselves.

Everything is constantly changing—and yet everything remains the same. It is precisely these inherent contradictions that make Buhl’s sculptures so fascinating. Microcosm and macrocosm, art and science (or perhaps technology), primeval creatures and beings from a distant future, part organism and part high-tech. They find themselves in a never-ending state of becoming, and yet they are indeed finished and perfect as they are. And that is what is so special about them—and what confirms their close relationship with the teaching of Heraclitus, who postulated the unity of all things, including contradictions and the unexplainable. Everything in one and at one with everything. 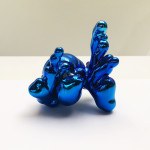 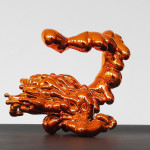 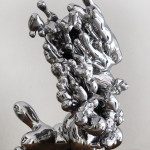 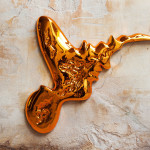 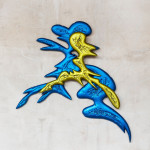 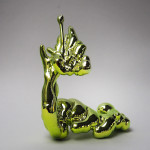 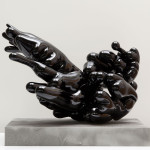