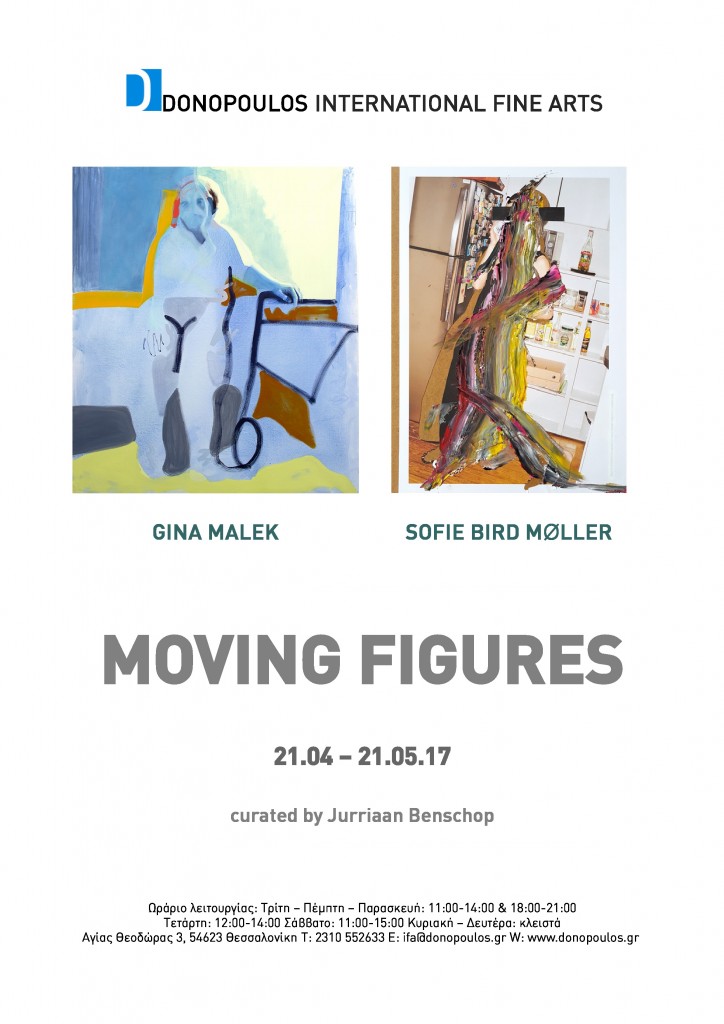 This exhibition brings together the work of two artists who focus on the human figure. They each have their unique sensibilities and expression, yet they share an interest in abstracting the figure. In their works, there is a dynamic tension between human presence and absence.

Gina Malek was born in Minnesota, USA, and works and lives in New York. In her paintings, there is some presence of a human figure, even though we do not see much of a face, and occasionally it is even hard to find a recognisable contour. The paintings could be taken as memories: clear and defined in atmosphere and expression, open and less defined in figuration. For her recent series of works, Malek found the starting point in meetings with older people, for instance daily encounters with a lady she was taking care of, or distant observations of their everyday lives. The artist focuses on body language and posture, sometimes zooming in on parts of a body, at other times, leaving parts out. Through her expressive mark-making, the figures come to life in their physical presence, while equally becoming part of a painterly environment of form and color. The use of transparent layers of paint creates a special quality of light.

Sofie Bird Møller was born in Denmark and lives and works in Berlin. Her ongoing series of “Interferences” consists of paint application on existing photographs of human figures. The photos are torn from magazines and other sources. The artist chooses her material because she is attracted to the formal aspects. Through adding paint in a quick, performative way, Bird Møller makes the photographed figures disappear. But in the way that she applies paint, she reinforces the posture and physical composition of the figures, by supporting or contrasting with a direction of movement. Instead of specific individuals, we see energy, action, and movement, as expressed through a body-like appearance. Paint is used to interfere with and alter an existing visual reality. It is up to the viewer to decide if this is an action of violence, a critique, or simply meant to add beauty to the figures. 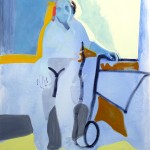 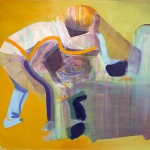 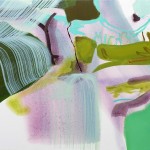 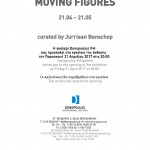