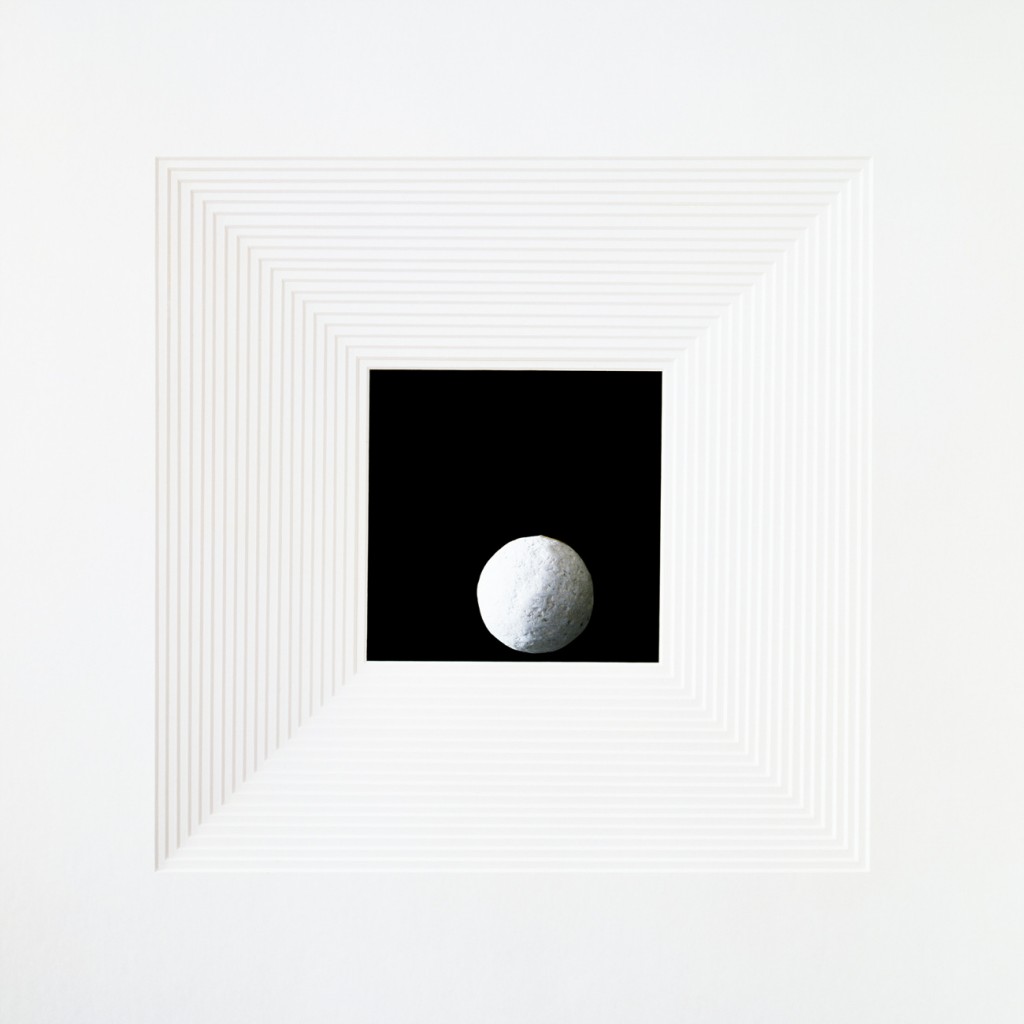 The Minimalist aesthetic was born as a reaction to the former gestural excessiveness of the Abstract Expressionist style. Embracing a more streamlined, less dramatic style than gestural painting, Minimalism became known for its use of industrial materials and challenging of conventional boundaries. With her Large Red Pump shoe Maelee Lee fits into this category for it is subverting previous accepted gender models and is made of industrial materials. Furthermore, in its modular fabrication, craft technique and monumental size, that challenges the conventional bronze sculptural models, it can also be considered Minimalist. Lee not only erases the author’s hand but also the distinction between painting and sculpture through her industrially made, and tinted sculptures. However, Lee didn’t stay within the Minimalist enterprise, rather, she developed her art into the Post-Minimalist practice including performance, site specificity, and conceptually oriented art. With her Walking the Truth piece consisting of more than 1,000 high heel paper pumps she performs all over the world. Lee has set up her shoe configurations at temples in Asia, at a Mosque in Crete, a monastery in Meteora, and a business center in Seoul. Lee documents her performances in video and film with sound, exhibiting them together with her installation. These shoes relate to the female body a fact that can be related to feminism without being doctrinaire, in that Lee agrees with the general goals of feminism but does not identify as a feminist per se. Lee is a feminist without being gynocentric; she is an artist, a person, a woman, mother and wife as well.

Lee’s paper sculptural boxes engage the viewer by using text at their central part as well as ladies pumps shoes in either red or gold. These white boxes first of all must be seen as primary structures in that they are made of industrial materials and means. Secondly, in that they appear deep, are multiplied and become smaller as they recede into depth, they can be taken as comments into academic illusionism. Or/and seen as abstractions that reference feminist texts like those of Virginia Wolfe or at times theoretical tracts and feminist critiques such as those by Elaine Showalter. One thing for sure is that Lee’s career will never become stale or stagnant. Lee grows as an artist expanding her reach to places in the globe far from her native Korea having been invited to take part in the Venice Biennale this year as well as having enjoyed a solo exhibit at the Crete Museum of Art in Rethymnon, in Crete. In this, her debut show in Thessaloniki, at Donopoulos International Fine Arts, Lee introduces her art by showing some representative examples of works in her artistic development from the 90s to the present. 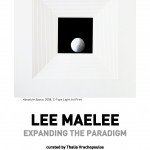 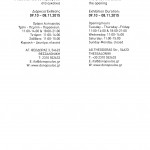 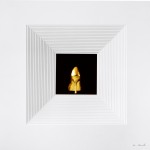 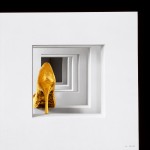 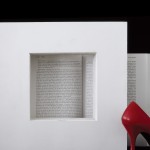 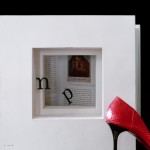 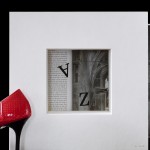 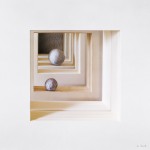 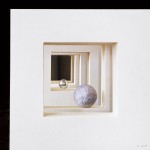 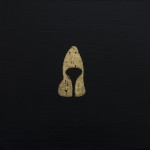 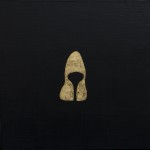 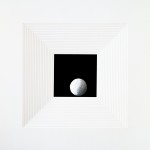