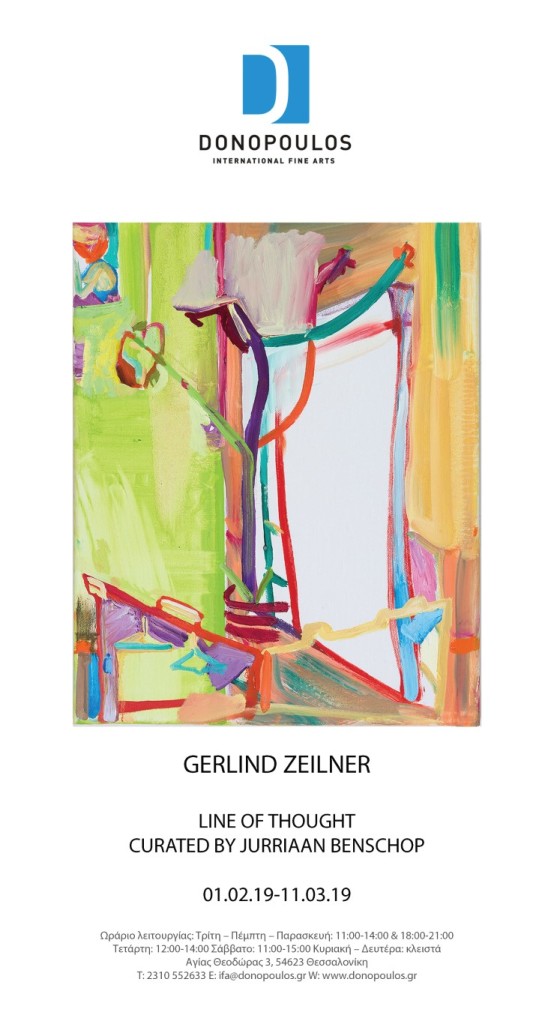 The paintings of Gerlind Zeilner are the result of both attentive observation and a vivid imagination. The artist collects impressions from what she calls “the theatre of life” as she observes it in bars, on the streets in the city or outside in the mountains. First she makes quick sketches of scenes; later in the studio, the life extracted from the drawings connects itself to her vision of objects around her, like a window ledge, a chair, or a mop in a basket. Things start to change shape as the artist looks at them, and this transformation is intensified in her paintings.

The colorful lines in Zeilner’s paintings are not only there to indicate the shape of an object, a person, or building – they also act by themselves to transmit a variety of expressions, ranging from fragility and hesitation to firmness and wonder. As a whole, the paintings embody a sensibility and a way of looking, more than a specific scene. The titles of the works – always consisting of one single word – refer to the source of each painting. They don’t explain the work, but can be considered a fragment of a larger whole.

In the exhibition Line of Thought, the artist presents a new body of works showing a tendency toward lightness and abstraction. The colorful density of some earlier works, such as Bar (2014), has made place for transparency and the conscious use of empty, white spaces, as in Stau and Sims (both 2018). In the exhibition, nine paintings are accompanied by a selection of small-scale drawings.

Gerlind Zeilner was born in Mödling, Austria, in 1971, and currently lives in Vienna, where she teaches drawing at the Akademie der bildenden Künste. She was the recipient of the Georg Eisler Award (2006) and the Anton Faistauer Award (2008). Her work has been shown in dozens of exhibitions in Austria, as well as in Italy, Israel, Syria, and Albania. Line of Thought is her first solo presentation in Greece.

The exhibition is curated by Jurriaan Benschop, a Berlin-based curator, writer for Artforum, and the author of the book Salt in the Wound: Encountering Contemporary Artists across Europe. 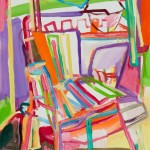 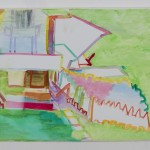 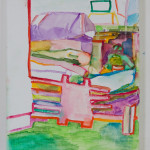 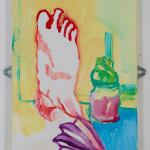