In the late nineteenth and early twentieth centuries, it was a widely held belief that the human eye “recorded” the last image seen before death on the retina – a so-called optogram was created. Optography, the process of viewing or retrieving such optograms, played a key role in various crime novels and short stories at the time.

With his most recent series of works, Christophoros Doulgeris plays with the concept behind optography, adapting it to world of modern reproduction and printing technology. Outdated and defunct printers spit out one final image before they are finally laid to rest in the electronic graveyard. However, in an act of self-referentiality, the printers do not reproduce the last image commanded of them as a kind of techno-optogram, but rather a test image, normally used to calibrate the print head and evaluate the printing quality. Most printers function according to the standardized CMYK color model—Cyan, Magenta, Yellow, and Key (Black)—not coincidentally the primary colors, which, especially through the works of Piet Mondrian and Gerrit Rietveld, also became synonymous with Modernism. With their last bit of energy and what little remains of the ink in the four toner cartridges, these antiquated devices do their very best to show that they are still capable of fulfilling their designated function – and ultimately fail in the most beautiful way.

These discarded and ostensibly “useless” technical devices can, of course, be seen as metaphors for the older members of our post-industrialist society, who no longer actively contribute to the economy, the lifeblood of modern civilization. But growing old is actually a privilege, that not everyone is granted. Indeed, it is a natural fact of human existence that we all must die—sooner or later: Memento mori (Latin for “remember that you will die”). And in the eyes of Death, we are all equal and the same – no classes, no races, no religions, no sexual preferences, no anything that differentiates us. The same can be said about the printers that Christophoros Doulgeris rescues from oblivion and activates one last time before they are turned off and disconnected for good. And perhaps much more than optograms, what we actually see in the works of Doulgeris might very well be images of the “souls” of the printers as they leave the physical “body” of the devices on their way to printer heaven. This would explain the sheer beauty and fine aesthetics of the images, for what could be more beautiful than a soul, regardless of whether it is of a human or a machine?

Equally interesting and relevant in this context is the fact that each printer given one last chance by the artist produces an utterly unique test image. Doulgeris scans these last test images in the highest quality and reproduces details of these in various formats to create fascinating abstractions that oscillate between painting, drawing, and photography. Distortions of the printed test images result from the loss of digital data, dirty print heads, insufficient amounts of toner, or dysfunctional mechanics. What is more, since the artist uses rag paper instead of the standard copy paper or glossy photo paper, a painterly effect is created by the seepage of the toner into the fibers of the paper, blurring the edges of the printed patterns, which only becomes visible when the image is enlarged. The carefully selected details recall works of art from various periods from within the artist’s own lifetime: from hard-edge via minimal to op art. With their grids and lines, bars and geometric forms, the works of Doulgeris seem to pay homage to such masters of abstraction as Victor Vasarely, Gerhard Richter, and Sol LeWitt, or Agnes Martin. With his “test images,” Doulgeris proves that “failure” can be extremely beautiful and, by extension, that people and objects considered to be too old, defunct, or obsolete to be useful and productive can still make a significant contribution—and this not only in the realm of art. 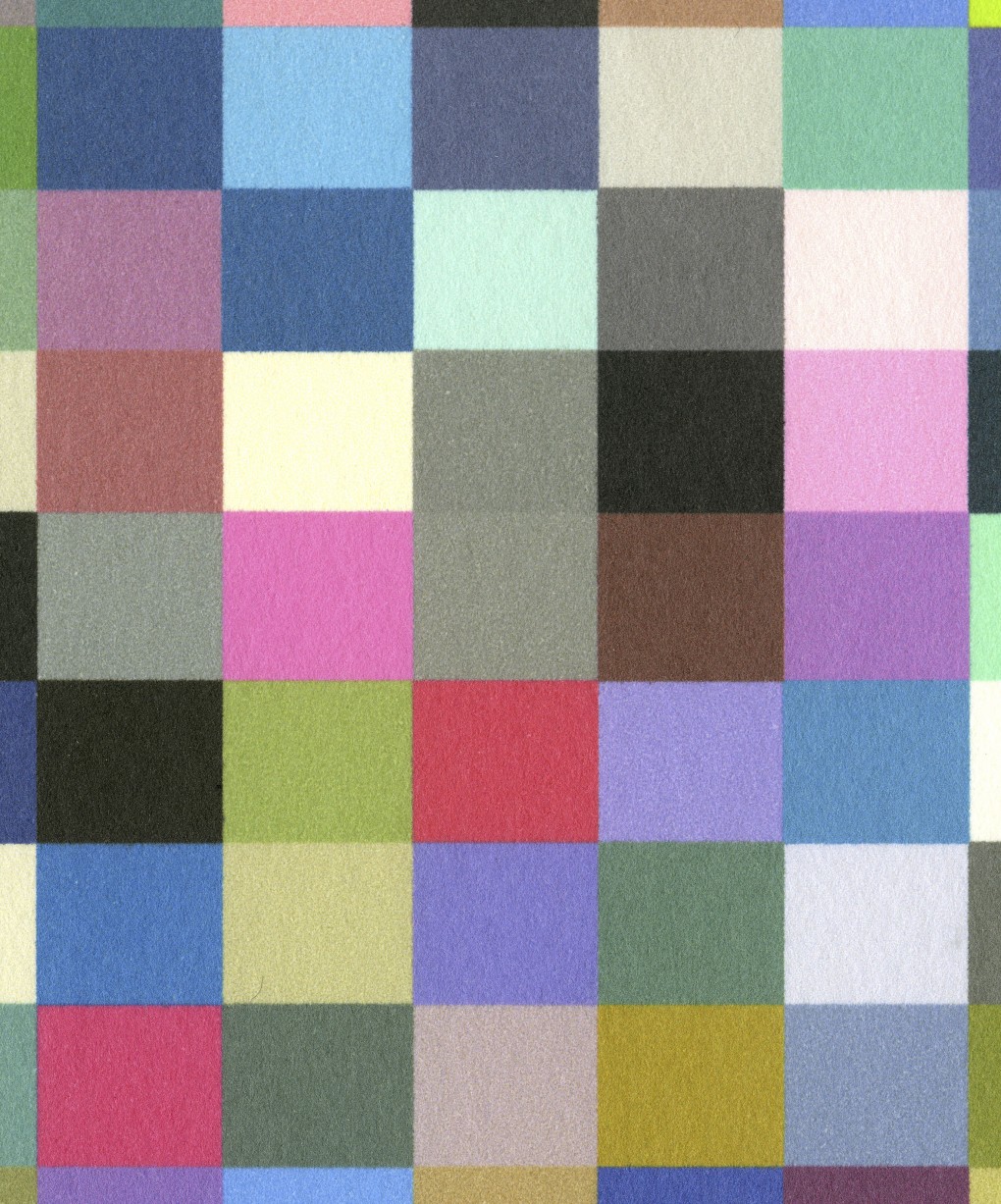 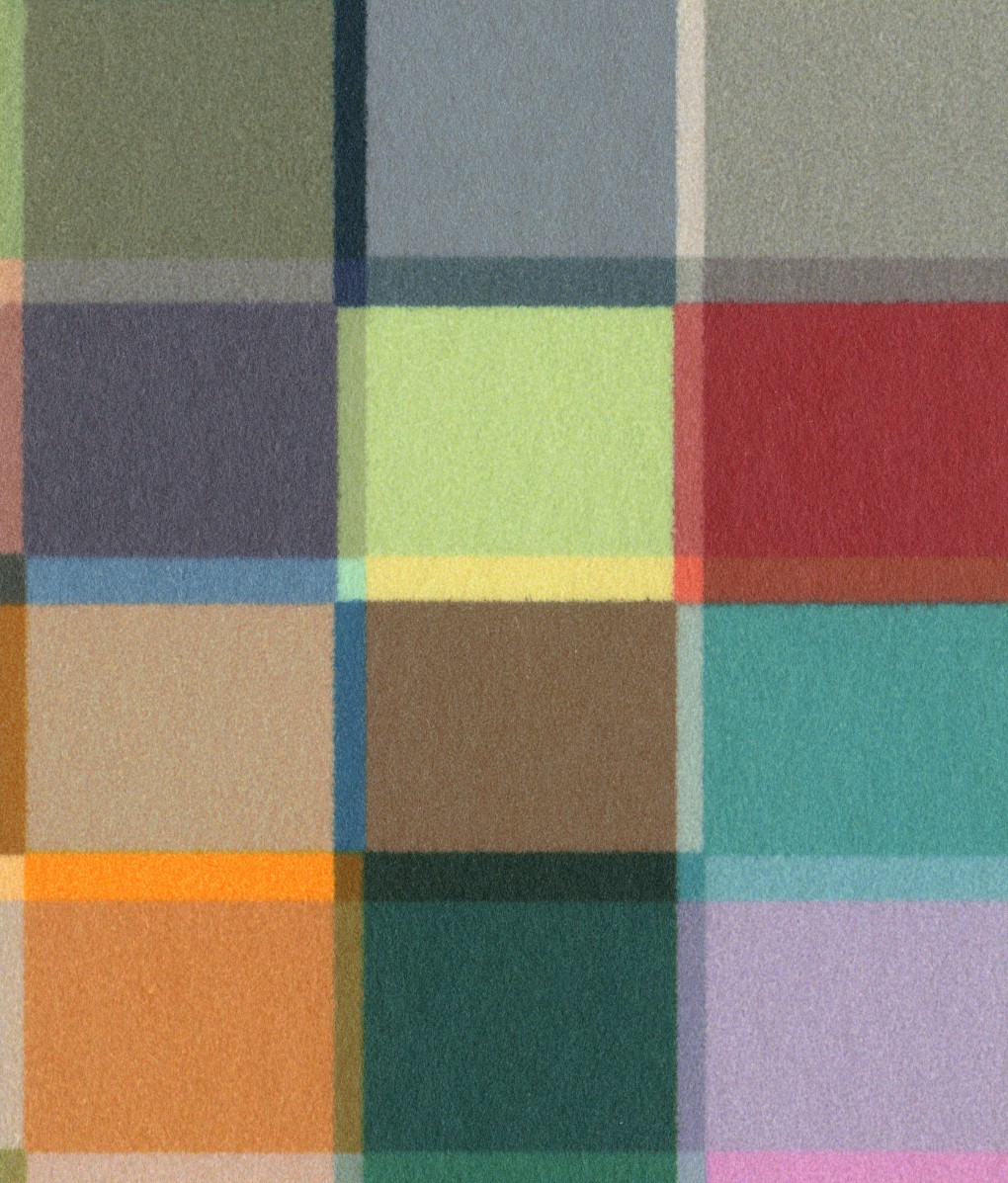 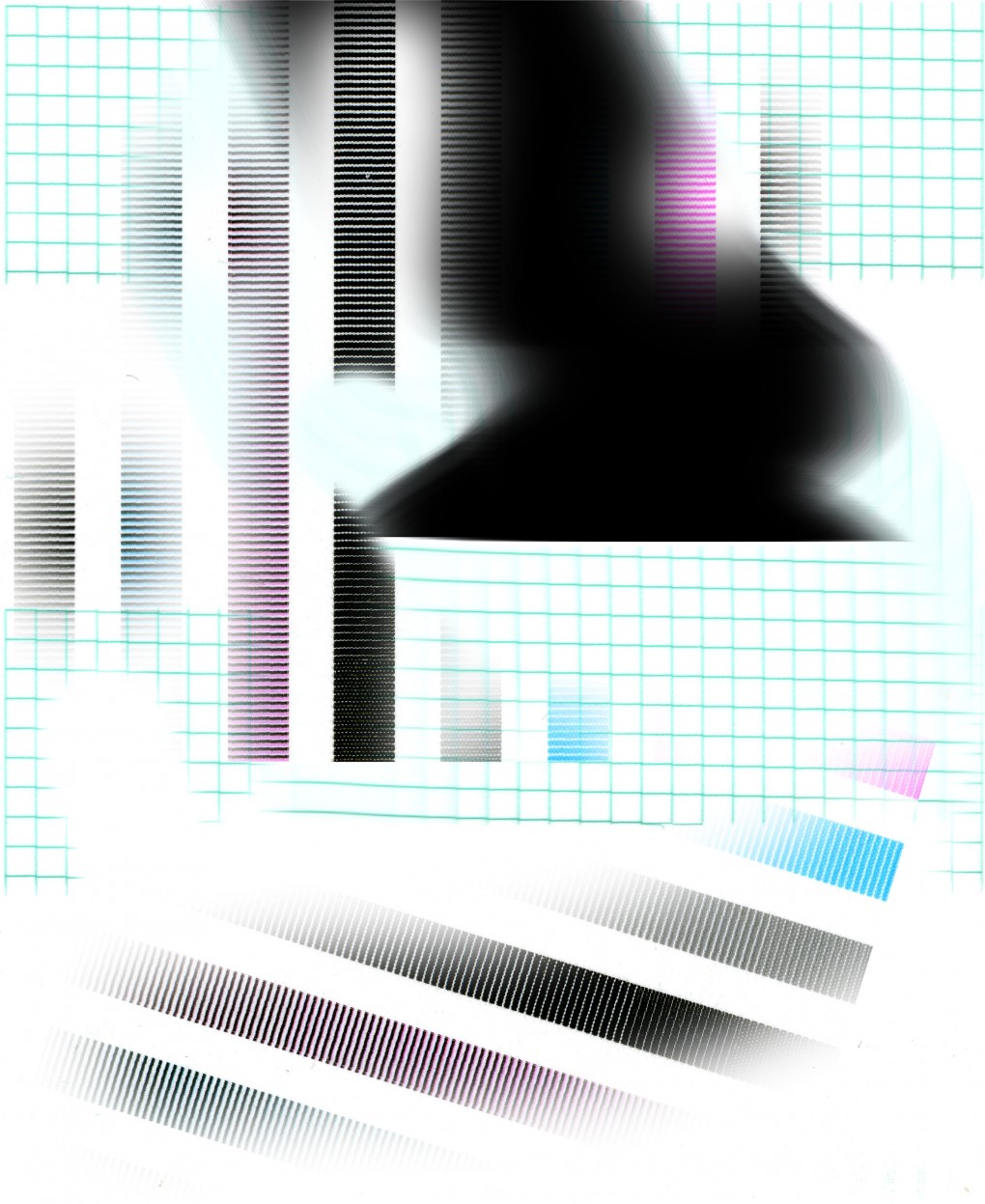 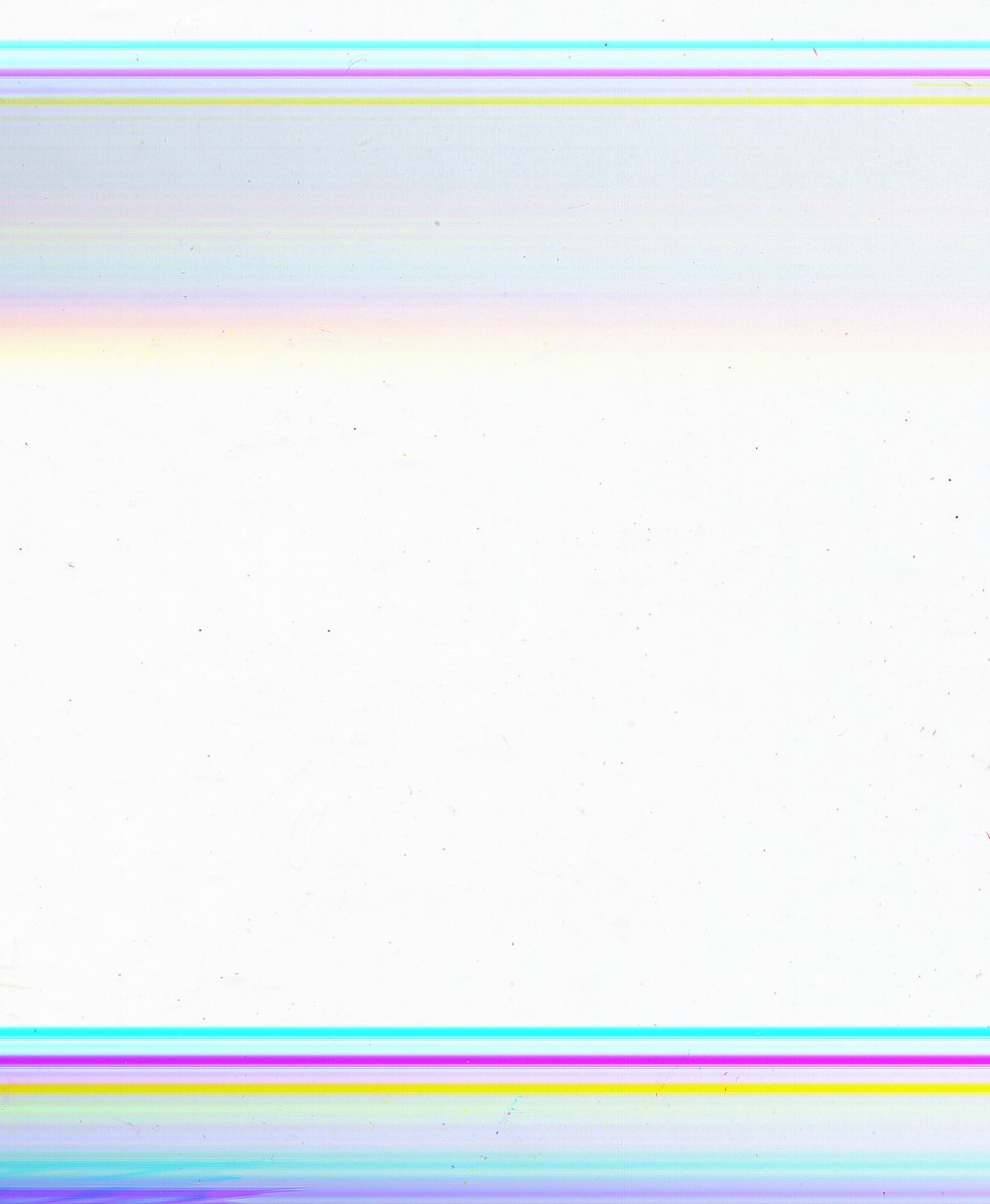 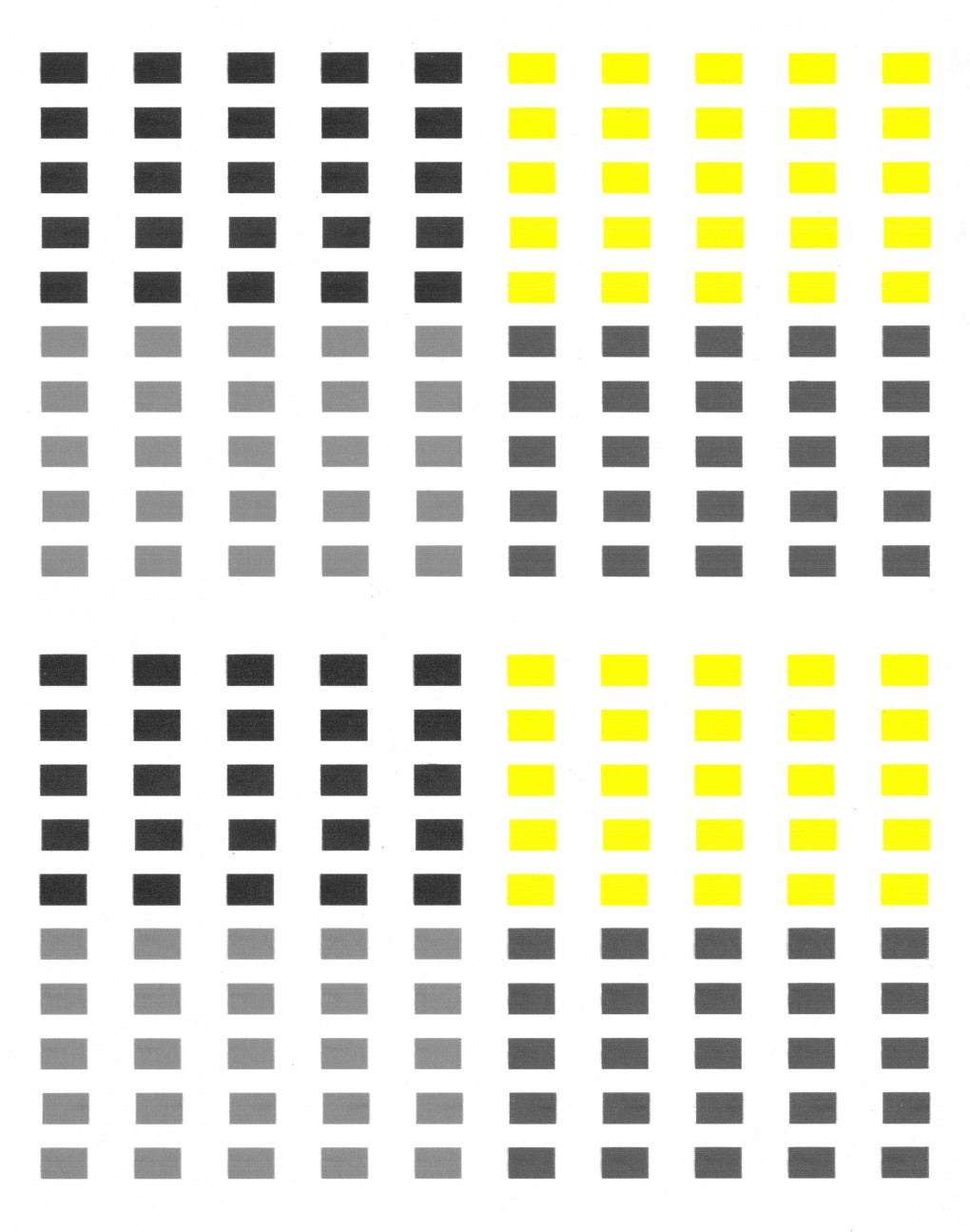