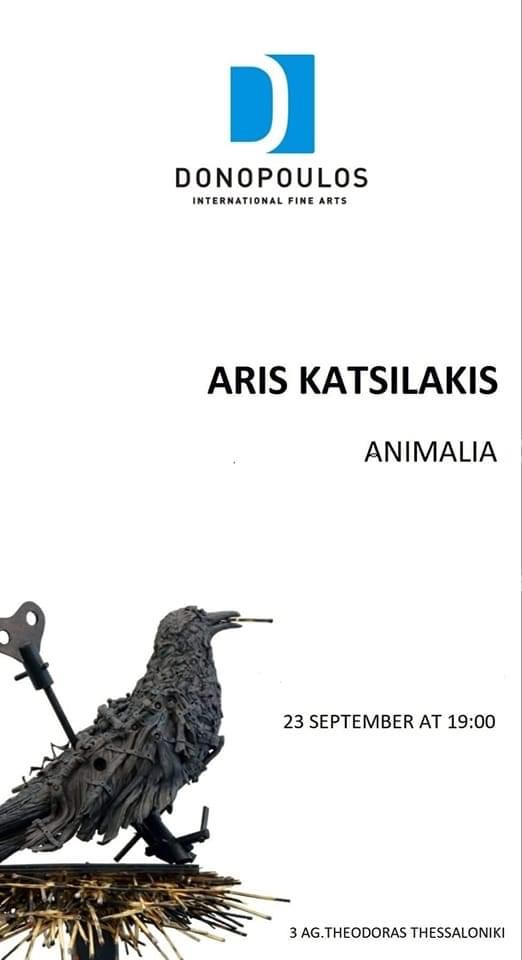 The hermetic, ambiguous world of Aris Katsilakis extends, once again, into the realm of the imagination and the enigmatic, the familiar and the uncanny. His compositions are distinguished for their impeccable technique, their plastic and expressive values, the purity of their volume and detail, the variety of texture and their complex structure. Adjacent to the postmodern still life of plants, cocoons, and fruits intertwined with fossils, vital human organs, industrial tools, depth mines, gas masks, and plague masks with bird beaks, he composes the unexpected “exhibits” of a future dystopian museum of biological evolution, genetic changes and technological civilization. A new series of clay sculptures, combined with wooden elements and found objects, claim their place in the original and apocalyptic universe of their creator. Parrots, crabs, frogs, rats, fish, crows, salamanders, scarabs, and eggs, coexist with medieval siege rams and catapults, instruments of torture and death machines (clamps and guillotines) as well as presses, cuckoo clocks, fragments of old furniture and weapons. These are works, of a notable aesthetic which, in their “cohabitation”, define a single, multi-layered captivating environment, open to multiple approaches and readings. The themes are governed by grotesque perception and surrealism, imposed as images of a terrifying fairy tale or an otherworldly nightmare, a dark gothic story or a bizarre ecological and yet sociopolitical allegory; the concepts of birth and life, violence and resistance, threat and death emerge dominant. However, the compositions are not devoid of lyricism and romantic feeling, while their ominous and suffocating atmosphere is relieved by subliminal and subversive humor that, at times, can be extreme and unpredictable, subversive and explosively poignant. Many of the animals are shown in their desperate attempt to prevent the operation and stop the movement of the machinery of death. The frog rests on a cushion placed in a crate containing Molotov cocktail bombs. The raven holds a burnt match in its beak in a nest also made of burnt matches. The back of the guillotine is transformed into the sacred space of a confessional. The highly realistic rendering of the ceramic animals and eggs is negated by the tuning keys they carry as if they were children’s toys, heightening the mystery of their presence and existence. The animals seem to rebel and go on to their own revolution, starring in their own stories in correspondence with those of humans, in a world where fragility coexists with cruelty, sensitivity with savagery. 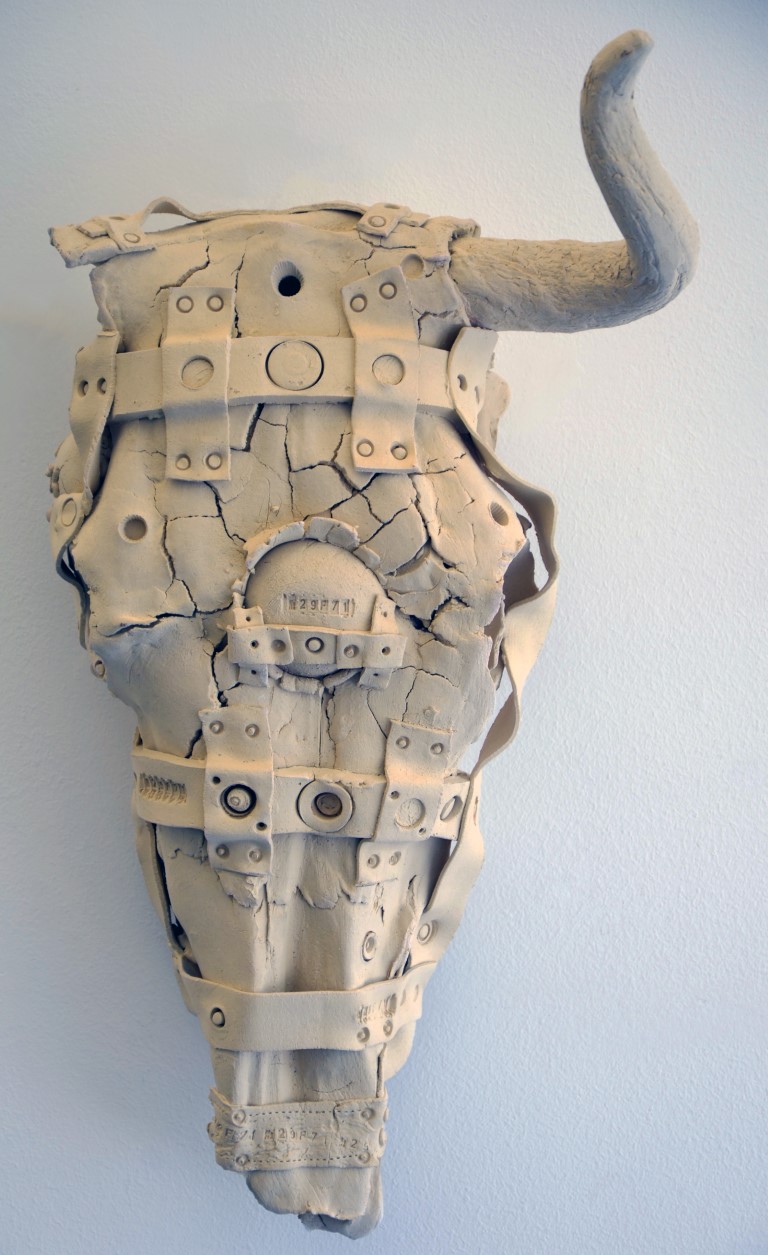 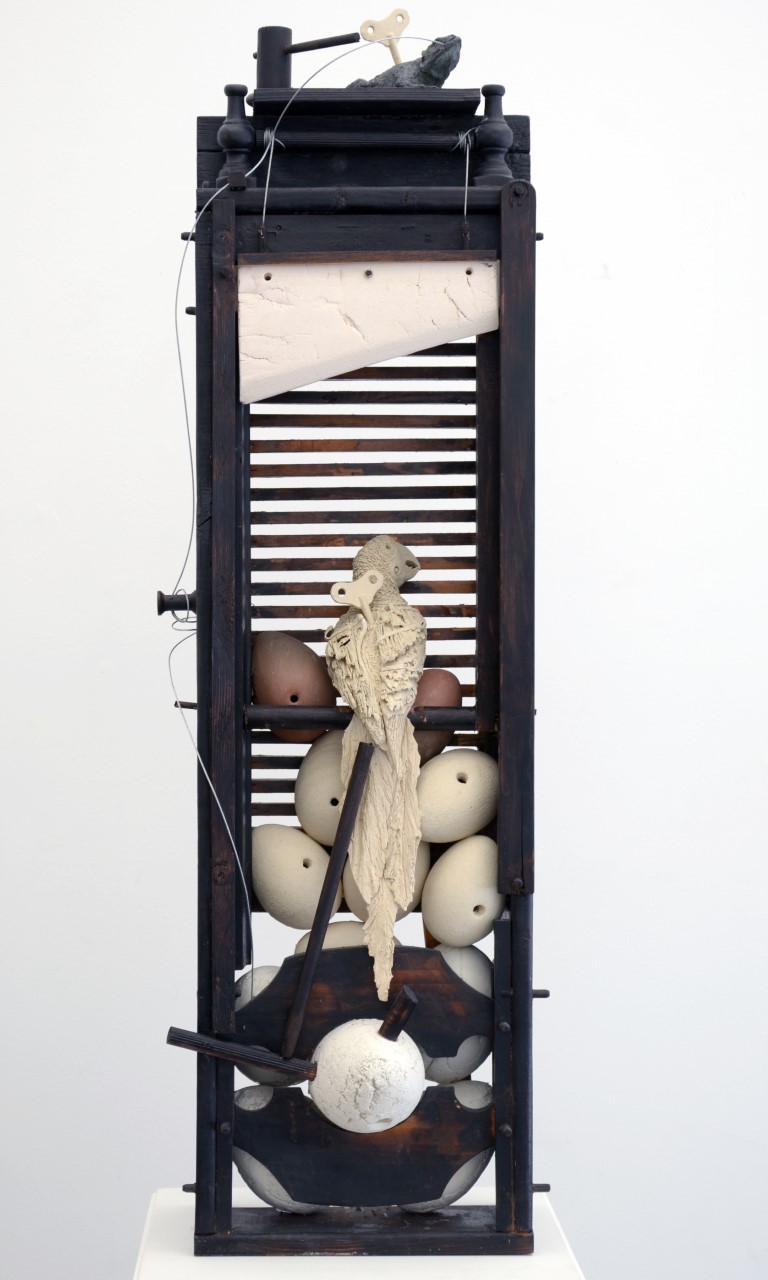 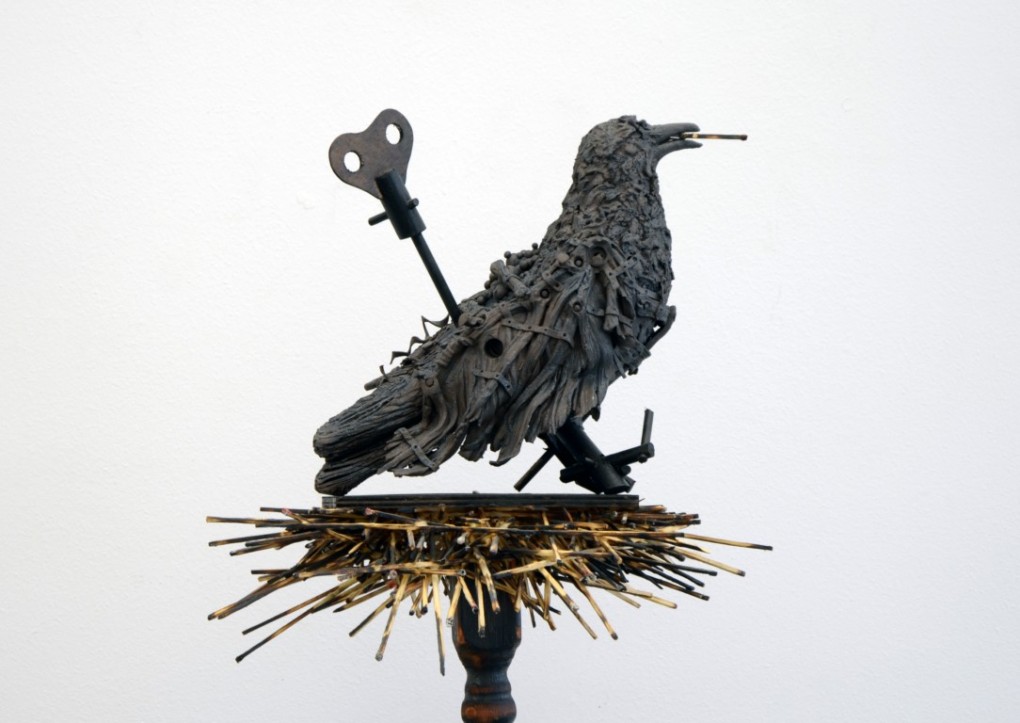 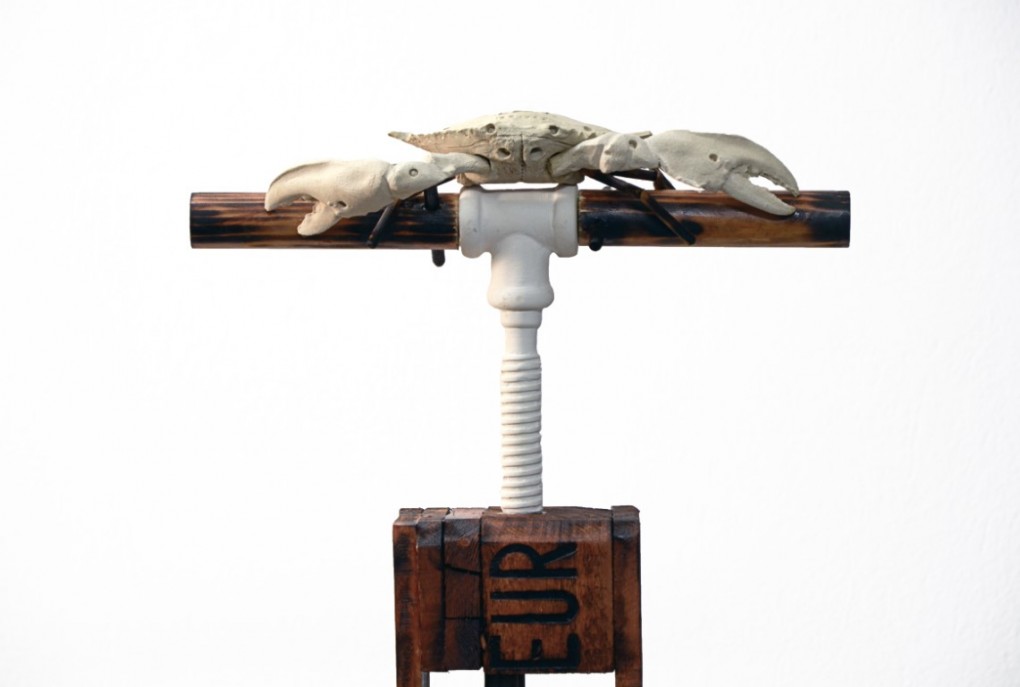 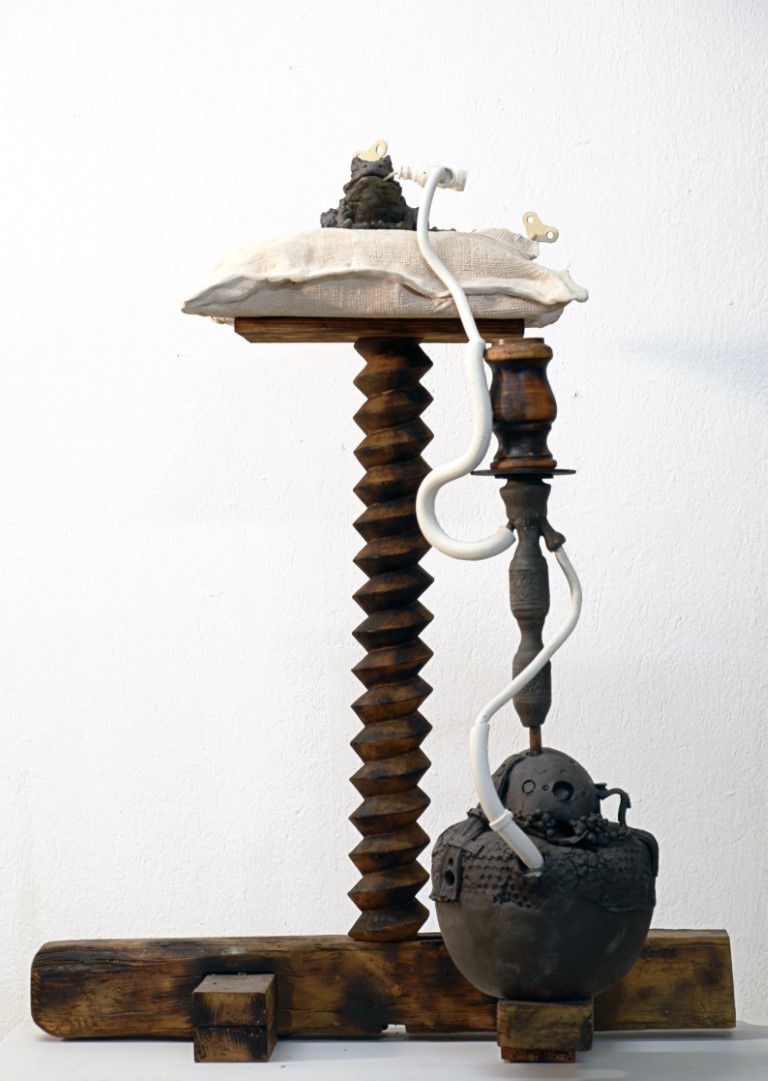 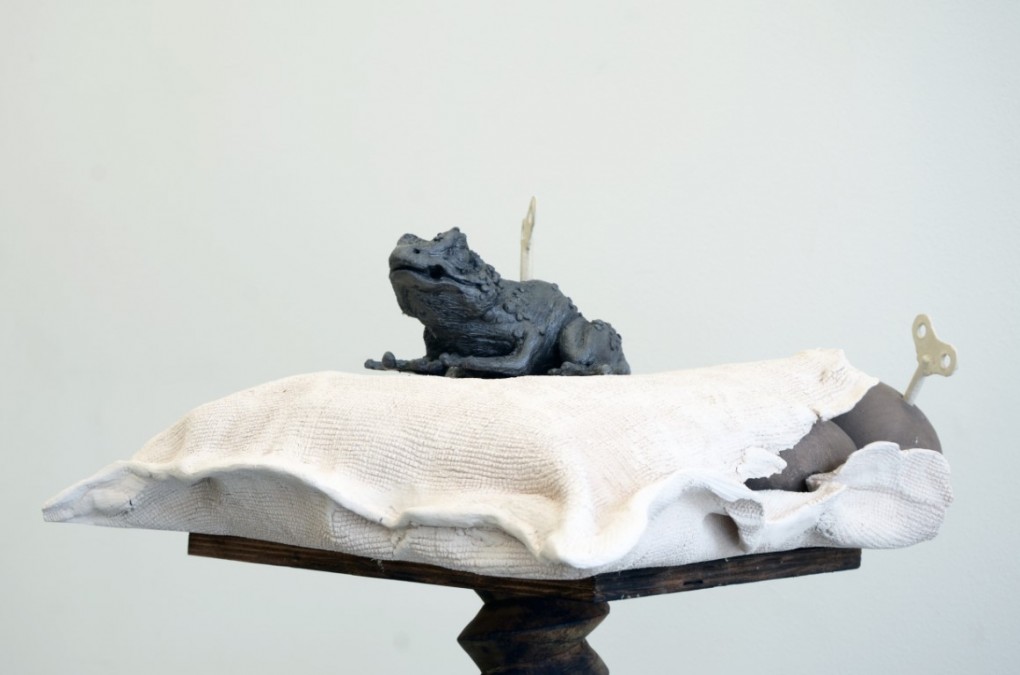 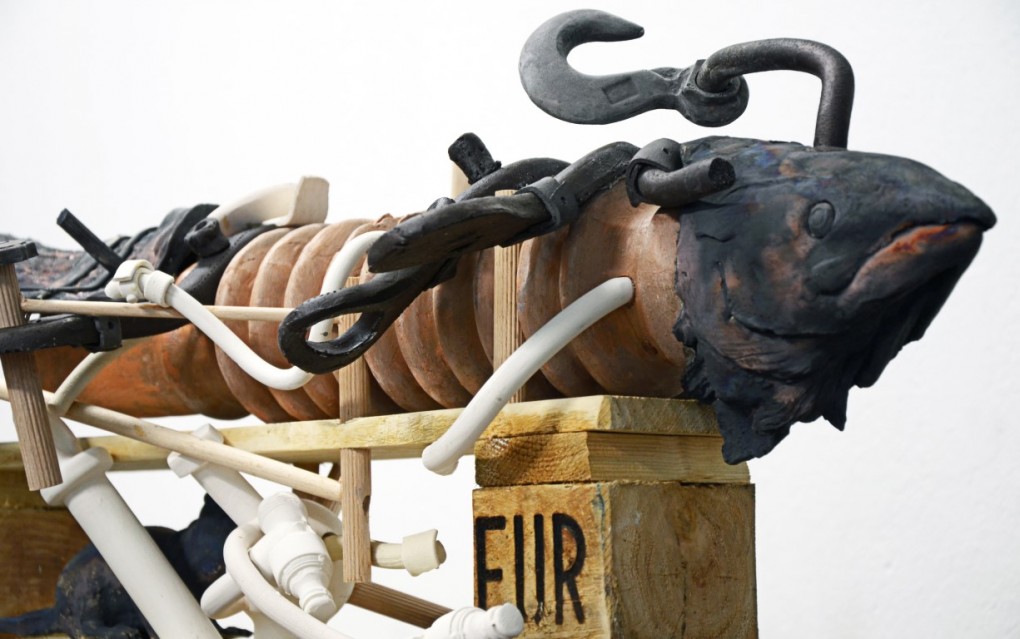 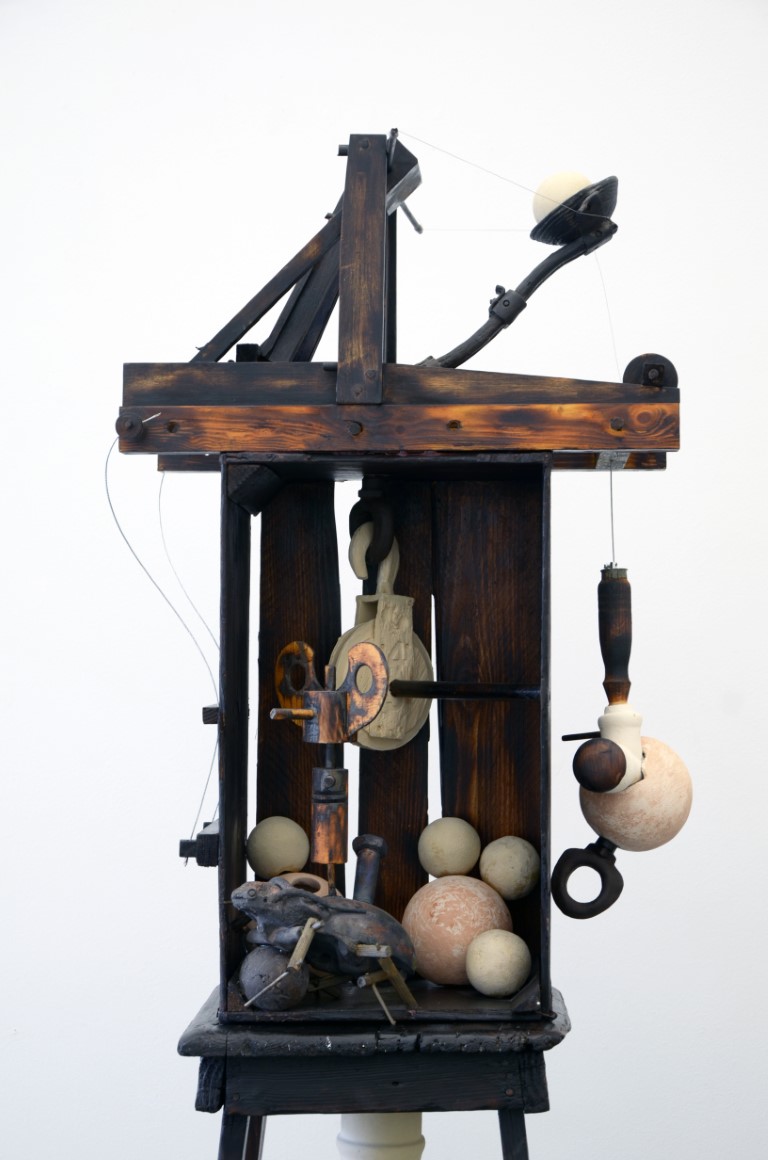 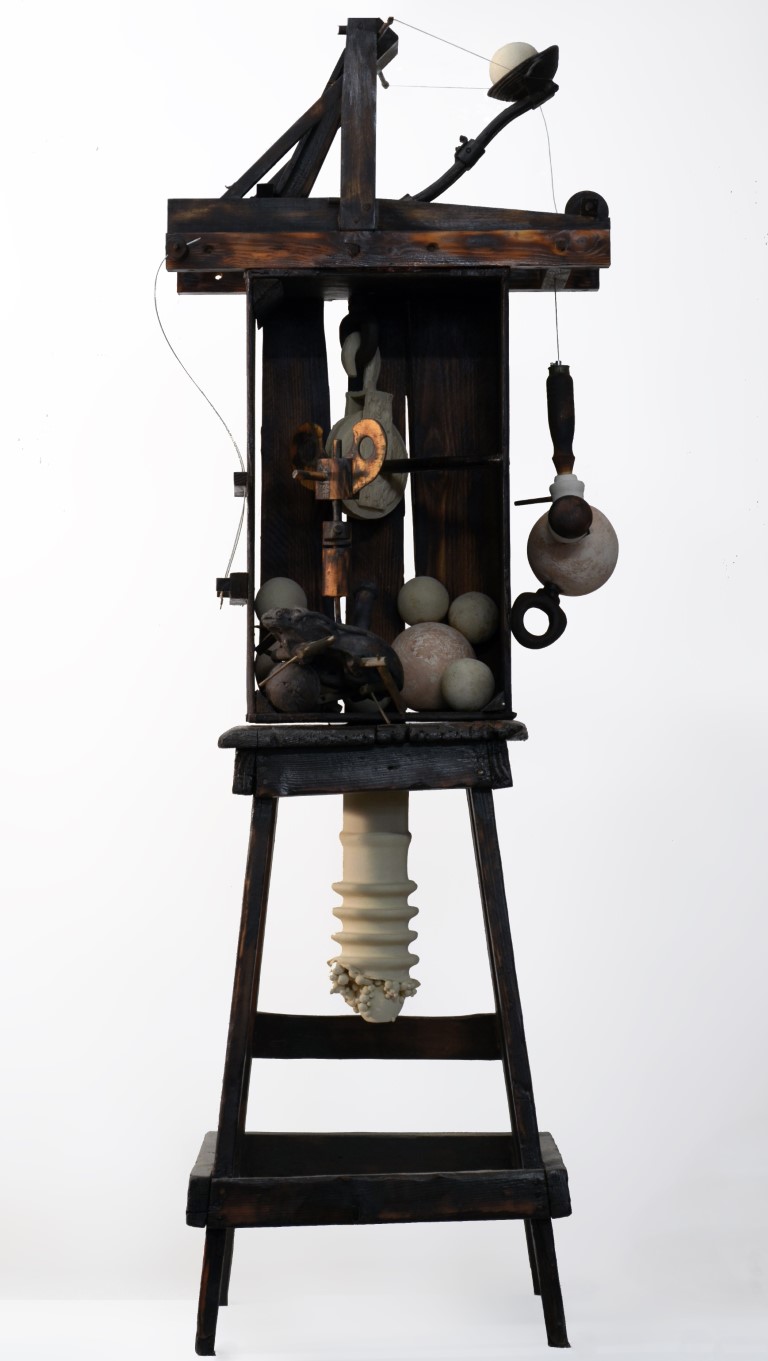 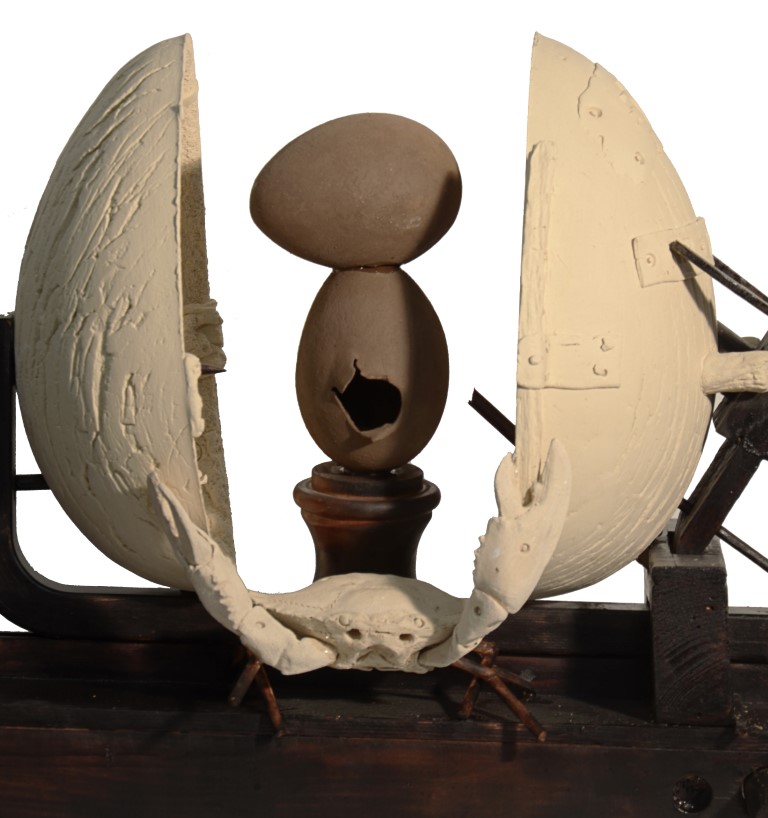