The artists presented in this exhibition are all painters for whom gesture is important. They share an interest in the human figure and the many forms in which it can appear, even though their work cannot be described purely in terms of figuration. Other types of organic forms can be traced–some explicit, some just a suggestion. Each of the artists has a particular and unique painterly vocabulary. The painterly hand is distinctive in the work, be it in detail and refinement, in a layered expression through color, in a nervous brushstroke, or in large, life-size gestures.

In Mark Lammert’s case, hints of figures appear in layers of paint, and it is hard to decide if the figures are set against a background or receding from a foreground, since the surrounding (color) field has as much presence as the figures. The source of Lammert’s practice is drawing. In his view, every good painter is skilled at drawing as well. The notion of movement is also essential in Lammert’s work. The figuration seems to be caught in the moment of developing into something else. The identity of the figures is open; they have both human as well as animalistic features, and they appear with both cruel and delicate features.

In Milena Dragicevic’s works, the human figure is present in movements and gestures, but rather as the source behind the work, or the hand that made these forms. The works in this exhibition come from the Pampero series, named after a famous American wrestler from the seventies. The digital color prints on display are stills from wrestling games. The imperfection of the prints in terms of colors and focus is exaggerated and creates friction with the large, more reflective paintings. The artist describes herself as “an artist who uses a code of abstraction but tries to keep one foot in reality. The question of abstraction versus figuration in painting is something that completely perplexes me, and I usually just ignore it.”

In Marc Mulders’s paintings, the colored brushstrokes seem to be an immediate expression of the artist’s concerns and sensibilities. Mulders has been interested in both religious and natural motifs over the years. He used to paint motifs such as flowers and animals, working from models that he took into his studio. In recent years, there has been an increased abstraction in his work. Nature is still important but is present rather in the colors, and in the coherence and connections that can be felt between the forms and colors. In this way, painting appears as a universe that develops parallel to nature. At the same time, Mulders engages in an ongoing dialogue with artists from the past, such as Monet and De Kooning.

While painting is at the heart of each of these artists’ practices, they all cross into other media as well. Lammert makes drawings connected to his work as a stage designer. In the exhibition, there are some examples of drawings connected to The Persians, performed in Epidaurus in 2009, and for which Lammert made the stage design. Dragicevic includes digital color prints in her presentation, as a means of expressing her attitude as an artist. Mulders moves into collage to address urgent themes such as terrorism or war in our present-day world, and does this through the perspective of art history. Together these artists present a high level of concentration in painting, mixed with awareness of tradition and authentic personal interests. They also give a glimpse of the unique and diverse personal histories that can be found within Europe. Milena Dragicevic (1965) was born in the former Yugoslavia but grew up in Canada before settling in London, her current base. Mark Lammert (1960) has lived all his life in Berlin, although during the time of the Wall, his city was called East Berlin. Marc Mulders (1958) lives in the south of The Netherlands. In 2008, he withdrew from city life to settle on the rural estate of Baest where his “outside atelier” is always at hand. The exhibition is curated by Jurriaan Benschop (1963), who was born in Amsterdam and has lived in Berlin since 2006. He works as an essayist, art critic, and curator, and contributes to Artforum International and other magazines. His most recent curated exhibition was Geist und Form: Ten Painters from Berlin, in Bloomington, IN, USA. 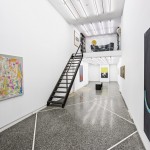 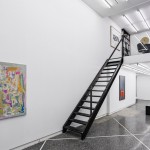 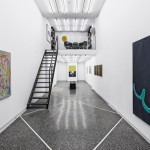 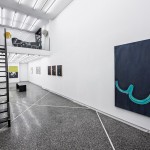 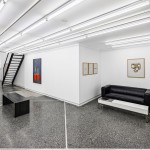 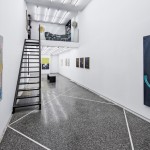 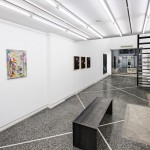 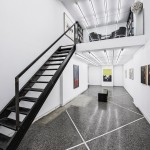 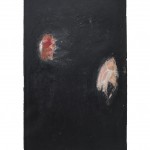 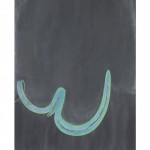 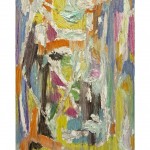 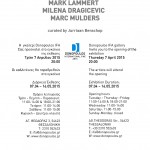