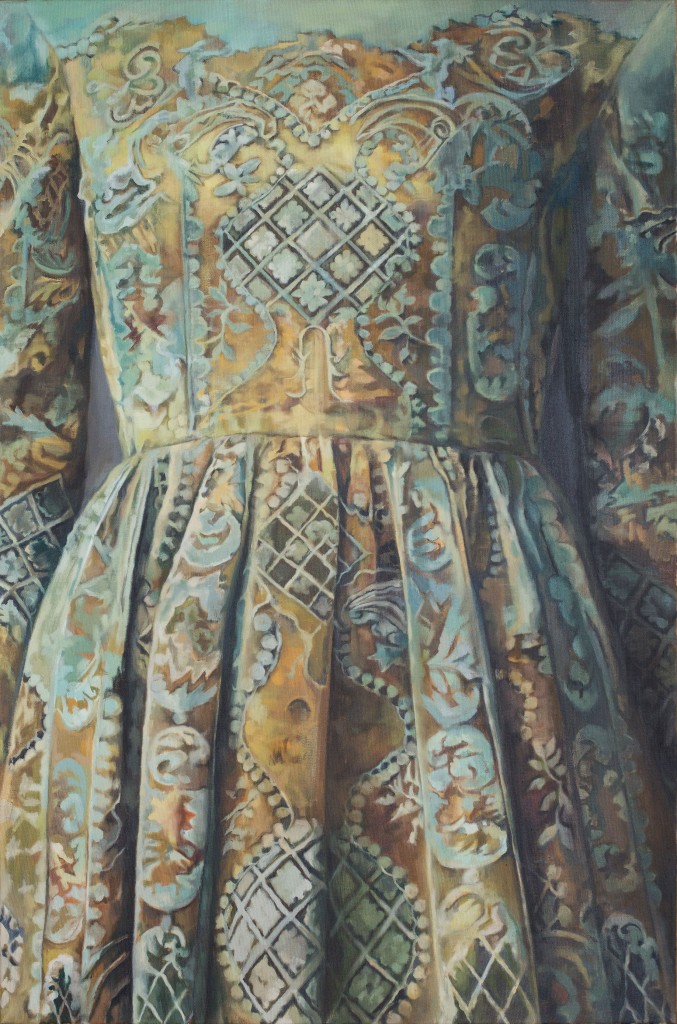 In a series of recent paintings, Lia Kazakou shows fragments of human figures. The framing of the figures is peculiar. We do not get to see the full body, and in most cases the head of the person is left out, so that there is no facial expression to be read or psychological understanding to be formed. Instead, the attention is on the details of a dress, the expression that is inherent in a precisely-painted flower motif on a piece of clothing, or a close-up of a woman’s hair. There is hardly any skin visible, with the exception of hands. In multiple works, the hands seem very explicit, as if they are speaking a symbolic language, showing tension or ease or complication. The hands are, together with the posture of the figure, the only physical evidence in the paintings that could indicate something about the actual state of mind of the depicted person.

Lia Kazakou paints with a precise, old-masterly technique, which evokes a sense of time already past. And yet, the paintings seem to be the work of an artist who lives in our current era, and who also looks with a photographic eye at the world, as can be felt in the framing, the zoom in on details, and the artificial light that shines on some of the subjects. “I try to be precise and seductive,” the artist has remarked, and beauty is one of the features that draws the visitor into her work. Beauty does not come alone though; it is balanced with other characteristics, such as suspense, and a distanced look on the subjects, as well as the absence of a clear physical presence.

Lia Kazakou was born in 1980. She works and lives in Thessaloniki. She has showed her work in exhibitions in Athens, Thessaloniki, Heraklion, and Vienna. This is her second solo exhibition at Donopoulos Fine Arts 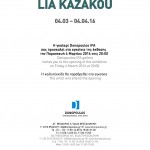 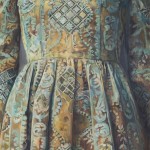 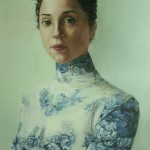 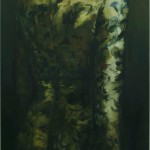 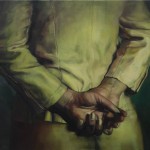 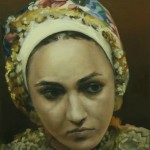 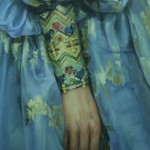 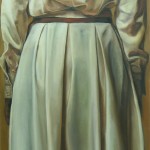 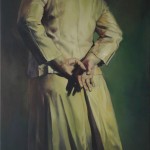 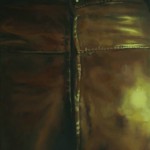 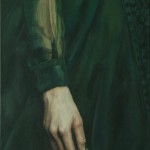 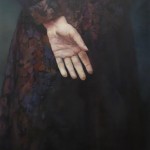 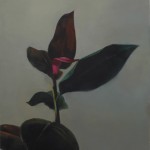 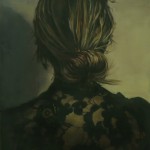 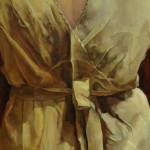 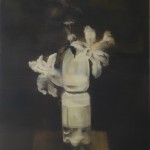 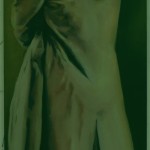 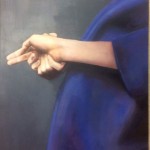 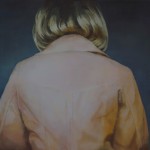